Emeritus Professor Avril Henry was 81 years old when she died at her home in Brampford Speke in Devon. She died of a Nembutal overdose.

Emeritus Professor Avril Henry was 81 years old when she died at her home in Brampford Speke in Devon. She died of a Nembutal overdose.

Avril had planned her rational suicide for some time, telling her friends (lots of friends) and extended family that she had had a terrific life but now was the time to go. But she very nearly had her plans thwarted.

On the Friday before her death, at 9pm at night, Professor Avril Henry had her front door smashed in by the local Police who were followed closely by a GP, a psychiatrist and a government social worker.

The ‘crisis team’ had been tipped off by Interpol that she had imported illegal drugs from Mexico. They had heard she was planning to end her life so they needed to force entry to her house for a late night ‘welfare check’.

Their job, they said, was to take the drug from her and then decide if she should be sectioned compulsorily as a psychiatric patient. To stop her taking her life.

Avril was an elderly woman, living alone, with a rapidly deteriorating quality of life. She had decided the trip to Switzerland for an assisted suicide was simply too arduous.

And besides she wanted to die at home and be buried in her orchard.

Being the highly organised person that she was, Avril took matters into her own hands.

She got the Peaceful Pill eHandbook and she imported the same drug that she would have been given in Switzerland, sodium pentobarbital  (Nembutal).

That should have been the end of the matter but it wasn’t.

When the Police were first asked by the media what they were doing in smashing Avril’s front door down, without even ringing her front bell first, they denied they had ever been at her house.

Only on formal questioning by Avril’s lawyer was the police visit report provided.

The report proved the police had attended. It proved Avril was not lying. And yes there had been a forced entry.

While Avril and her friend Emma said the police took the drugs away with them, the police report stated the drugs could not be found.

One of the lessons from the circumstances surrounding Professor Henry’s death is the vexed question of who should be told if you are planning a rational suicide. In her own words, Avril says she would ‘talk the leg off a table’.

She told anyone and everyone of her plans. Far from being ashamed of what she was planning, Avril thought the law an ass. And she thought it cruel. She wanted to make a last stand against it.

However, in telling everyone, including her internet provider company, Avril left herself open to intervention. When she told her ISP that she planned to die that night and would they please disconnect her phone and internet that day, they called for emergency help.

This prompted her local GP surgery to call her with a view to dispatching immediate help to her home.

As Avril said in a final email to Dr Philip Nitschke, ‘I think I had better skip lunch and get on with it’. And so she did.

Avril Henry had not handed over her full stash of Nembutal during the midnight visit several nights before. She had kept some aside. This other stash is what she took early Wednesday afternoon.

With her funeral and burial were pre-paid, she was laid to rest soon afer her death in her beloved orchard. Just as she had wanted. 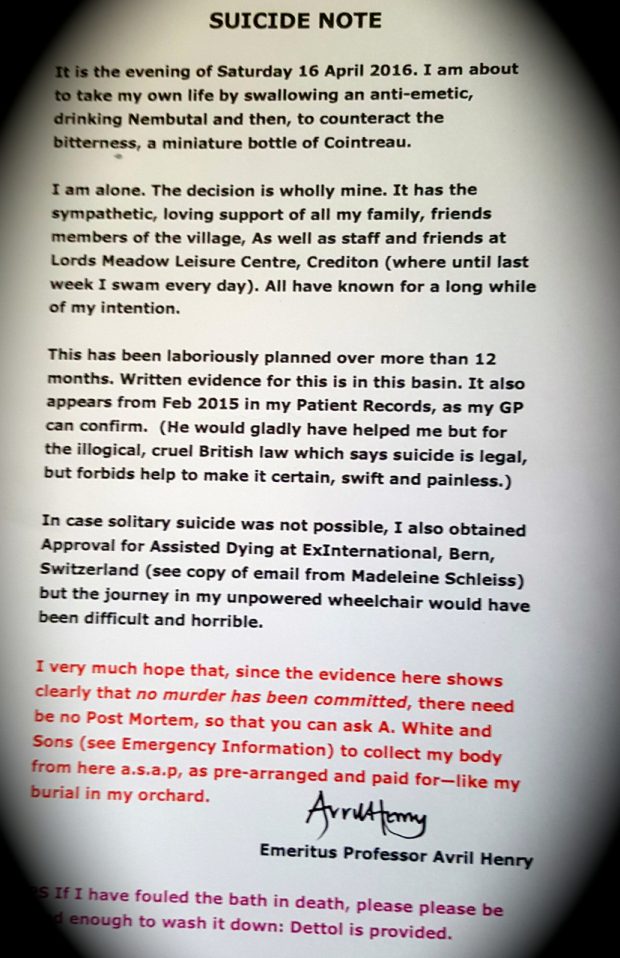 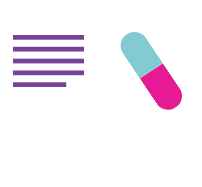