The claim originated on a satirical Facebook page, The State of Hawaii, which defined itself as an “Entertainment Website” and frequently posted parody content.The original claim was shared at least 195,000 times. The page no longer appears to be active.

The page’s name may initially have confused social media users into thinking it was official, but the Facebook page ehawaii.gov, the state’s official page, is defined as a “Public & Government Service – Government Website.”

The satirical post was shared by many users who may not have realized it was meant to make light of Hawaii’s euthanasia law.

“As of January 1st, 2019, the state of Hawaii legalized assisted suicide. With the legalization, doctors can now prescribe death as a medical procedure,” reads the post, shared Aug. 31 by a page named Sense It and nearly identical to the original claim. “To aid Hawaii’s medical providers, they have purchased 30 passing assistance pods. These pods/machines are prescribed to patients to use should they feel the need to end their current life term.”

USA TODAY reached out to the page for comment. 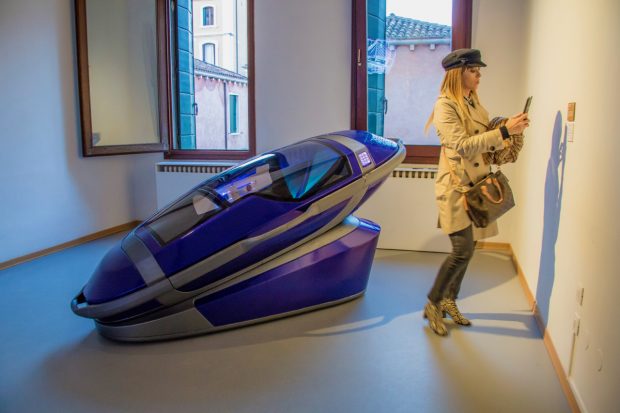 Product is real, but Hawaii did not purchase it

While the product is real and medically assisted suicide is legal in Hawaii, there is no evidence that the state purchased any “passing assistance” pods.

The law went into effect on Jan. 1, 2019, making Hawaii the seventh U.S. jurisdiction to legalize physician assisted suicide under the Our Care, Our Choice Act.

Medically assisted suicide in Hawaii is legal when two health care providers confirm a patient’s diagnosis of a terminal illness, the Associated Press reported. The law requires that qualified patients be able to self-administer a prescribed medication, therefore, the products would not be in compliance.

The Hawaii Department of Health told USA TODAY via email that it has not procured “passing assistance pods” for any purpose and that the department has no intention to do so.

The product is also not listed under the Hawaii’s “Price & Vendor List Contracts” on its State Procurement Office site, which routinely publishes public documents online.

The product featured in the post is called the “Sacro,” short for sacrophagus, and designed by Australian euthanasia activist Philip Nitschke and Dutch designer Alexander Bannink, the Agence France-Presse reported.

However, according to the product’s site under its Frequently Asked Questions, the company writes that “The Sacro is not and will not at this point be for sale.”

We rate this post as SATIRE, based on our research, because it uses absurdity to bring awareness to Hawaii’s euthanasia law. There is no evidence that Hawaii purchased “passing assistance pods” and the original poster of the claim confirmed it was a satirical post.

Thank you for supporting our journalism. You can subscribe to our print edition, ad-free app or electronic newspaper replica here.

Our fact check work is supported in part by a grant from Facebook.