TDs have voted down a Government proposal to refer the Dying with Dignity Bill to a special Oireachtas committee to consider the legislation and report back within 12 months by 86 to 65 votes.

Instead, the legislation sponsored by People Before Profit will now progress to the committee stage.

In a second vote, the Dáil backed the progress of the legislation by 81 to 71 votes.

The Bill provides for people with progressive terminal illness to decide the timing of their own death and avail of assistance to end their lives under controlled and monitored circumstances.

Their illness has to be verified by two doctors, to be able to avail of assistance to end their lives, an act that currently carries a 14-year prison sentence.

People Before Profit TD Gino Kenny, who introduced the Bill, was seeking support for the legislation to proceed to committee stage.

However, Minister for Justice Helen McEntee introduced a counter-motion to establish a special Oireachtas committee that would consider all the legislation and report back in 12 months.

Mr Kenny said during debate on the legislation last week that it would be regrettable if the Bill was delayed a further 12 months. He acknowledged that the issue was extremely difficult for everyone.

But he said the most important voice should be that of the person in an irredeemable situation where they are facing unbearable pain in their terminal illness.

“They should have that choice. We should hear their voice and not vilify them,” he said.

The Government amendment refers to “assisted suicide” but the Dublin West TD said it was irresponsible to conflate assisted dying with suicide, which had very different connotations.

The Minister for Justice in recommending a special committee, said there are medical, ethical and moral considerations. These were complex issues of the most fundamental importance, she added.

Ms McEntee said the committee would have to look at safeguards “needed to ensure that a person is not subjected to any pressure by any third parties”.

It would also have to look at unintended consequences that might create adverse impacts on vulnerable people.

If Ireland passes the legislation it would become one of only a few countries or regions to do so including Switzerland, the Netherlands, and the US states of Oregon and Washington.

New Zealanders will vote in a referendum on October 17th on whether to permit assisted dying.

Mr Kenny rejected claims by opponents of the legislation that it will lead to a “slippery slope” where the value of human life is diminished.

At the weekend a bishop described the legislation as assisted suicide and a “false exercise of compassion”. Bishop of Cloyne William Crean said tolerance of the practice was “flawed in its moral judgment”.

In 2013 Marie Fleming, who had multiple sclerosis, lost her right to die case in the Supreme Court. Ms Fleming died later that year but her partner – Exit Director Tom Curran – has continued to campaign for the right to die. Cervical cancer campaigner Vicky Phelan has also backed the legislation. 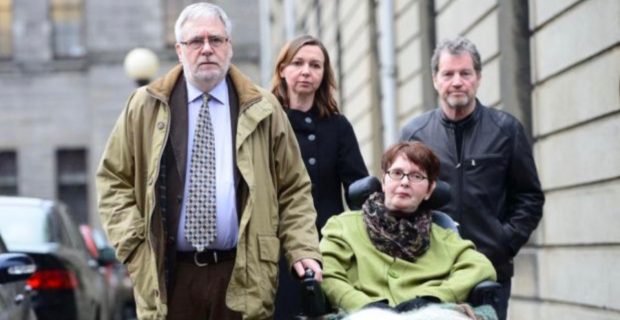