Medically assisted dying currently exists as a legal medical procedure for patients meeting defined eligibility criteria in six countries, one Australian state, and nine US states, and pressure is mounting to extend the practice to other countries.

The current eligibility criteria vary considerably, from unbearable physical or mental suffering in the presence of an incurable (but not necessarily terminal) illness, disorder, or disability to the presence of a terminal illness (variously defined) without any judgment of suffering (box 1). But what they all have in common is an assumption that the desire to end life in the presence of an eligible medical condition is a medical problem requiring a medical solution—and fundamentally different from the desire to end life in all other circumstances.

Serious and incurable illness, disease, or disability (does not have to be terminal)

•In Switzerland assisted dying has not been legalised, but assisted suicide is not a crime. However, only doctors are permitted to prescribe the lethal drug, and they must
work within professional guidelines, which require that a patient be “approaching end of life.”

**In Canada an initial requirement that even though an illness need not be terminal natural death must be “reasonably foreseeable” was ruled unconstitutional by
the Supreme Court in Quebec in 2019. 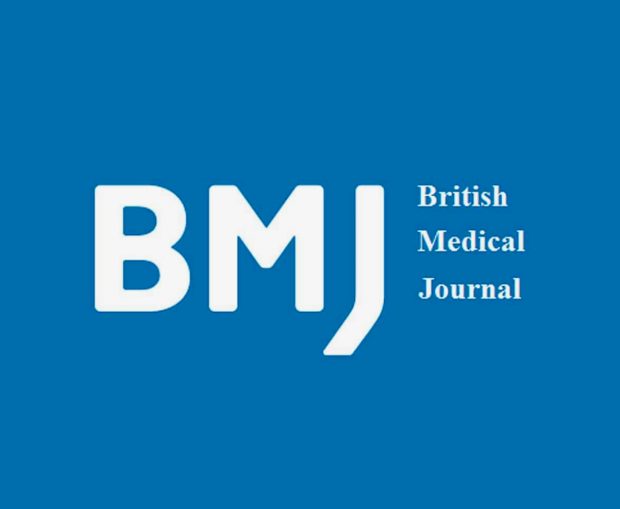 Advocates of medically assisted dying rarely explain why, if the key values at stake are compassion and autonomy, the right to an assisted death should be restricted to people with medical conditions. Instead, they tend to assert that eligible patients are not suicidal and focus on the prospect of intolerable physical symptoms, especially pain, if the practice is not legalised.

However, a large body of research demonstrates that the reasons why patients with advanced and terminal illnesses seek to hasten death are as complex and varied as they are among other people considering ending their lives prematurely, and they are heavily influenced by psychosocial and existential issues—such as feelings of being a burden, hopelessness and loss of meaning, a lack of social support, depression, and loss of autonomy and a social role. (1 -3)

Patients with advanced illness can certainly suffer from a high symptom burden, especially in the absence of good quality palliative care. However, studies have found that the presence and severity of physical symptoms are either not predictive or only weakly predictive of the desire to hasten death, whereas the strongest predictors are depression, hopelessness, and the perception of being a burden. (4 -6)

Experience from implementing the US state of Oregon’s Death with Dignity Act reflects these findings. In a study of patients who requested a medically assisted death all current physical symptoms, including pain, had an average rating of “not at all important,” in contrast with higher ratings for psychosocial issues and worries about future symptoms. (7)

One in four participants who requested a medically assisted death, and one in six of those who received one, had diagnosable clinical depression. (8)

The most common officially reported concerns of patients who received a medically assisted death in 2019 were “loss of autonomy” (90.4%), “decreasing ability to participate in activities that made life enjoyable” (86.7%), “loss of dignity” (72.3%), and “being a burden on family, friends/caregivers” (59.0%)—whereas only a third reported “inadequate pain control—or concern about it.” (9)

The desire to hasten death is highly unstable in patients with advanced and terminal illness, who are often adjusting to rapidly changing and/or vulnerable circumstances. Studies have found that as many as half change their mind during follow-up, (10) including those with “a long-lasting and apparently consolidated wish to hasten death,”(11) and important changes are seen even in the last weeks of life. (12)

Although palliative care interventions, including management of depression, significantly reduce the proportion of patients who proceed to an assisted death, (13, 14) no consistent factors distinguish those who change their minds from those who do not. (12)

When it comes to understanding why doctors are required to do the assisting, again proponents seldom justify their involvement explicitly.

The medical profession is certainly not necessary to achieve the right to die: detailed technical guidance on how to end life is available over the internet, as is access to the drugs to do so. Moreover, if society decides that there are circumstances in which people should be helped to end their lives, provision of a standard dose of a lethal drug for self-administration does not require any medical knowledge or skills.

Research on why people seek a specifically medically assisted death sheds light on the desire for medical participation, as patients describe how involving a doctor provides validation and legitimacy to the decision to end life. (15, 16)

Some advocates suggest that the medical profession has an even more determining role, with doctors required to provide a “competent judgement that death would be of benefit to the patient.” (17) Others acknowledge concerns about this major extension of medical authority but still support the involvement of the medical profession on purely strategic grounds, stating that “even if there is no logical basis for a predominantly medicalised model it is arguably better to advocate the model that is most likely to be acceptable to legislature and the public.” (18)

What are the consequences?

Medically assisted dying creates a differential healthcare response to patients who express a desire to end their lives, depending on the presence or absence of an eligible medical condition. In the absence of such a condition, doctors are expected to address issues amenable to intervention; to support patients in their struggle to rediscover meaning, value, and purpose; and to do everything possible to prevent suicide. By contrast, for eligible patients with a chronic or terminal illness or disability doctors are expected to assist them in ending their lives, thus formally validating the patients’ assessment that their lives are no longer worth living.

Advocates for disability rights have highlighted how this distinction institutionalises deeply discriminatory attitudes about the relative value of different lives—in a context that equates dependence with burden and indignity and too often disempowers rather than enables people living with severe illness and disability.19

It would be unthinkable to base eligibility for assisted dying on another protected characteristic such as sex or race, illustrating the depth of unconscious prejudice associated with advanced illness and disability.

The consequences are starting to be seen. In 2019, the United Nations special rapporteur on the rights of persons with disabilities reported serious concerns about people with disabilities in Canada being pressured to seek medical assistance in dying instead of receiving viable care options. (20)

And in Oregon, official data have shown progressive increases in both the number and proportion of patients who receive a medically assisted death because of concerns about being a burden on others and loss of dignity and autonomy. (9)

In countries where trends in end of life practices have been monitored over time, wider changes in medical care have been documented after lifting the absolute prohibition on doctors deliberately ending patients’ lives.

In addition to the progressive rise in legal medically assisted deaths, Belgium, the Netherlands, and Switzerland have seen substantial increases in the use of deep continuous sedation until death, up from 5.7% of all deaths in the Netherlands in 2001 to 18.3% in 2015. (21)

In Belgium and the Netherlands this practice involves the intentional inducement of deep unconsciousness up to two weeks before anticipated death (22)—a very different practice from the titration of medicines with potentially sedating side effects to treat specific symptoms in the last days of life, as typically practised elsewhere. (23, 24)

Although it’s not legal to do so, doctors describe how they sometimes use deep continuous sedation with life shortening intent in these countries—as a more “natural” or less administratively burdensome alternative to euthanasia23 -25 but also in response to pressure from family members,23 or even because of the doctors’ own discomfort at witnessing the dying process. (25)

When assisted dying is framed as a medical treatment it increasingly becomes normalised as just another technical healthcare procedure, devoid of any social or ethical implications.

Certain jurisdictions in Canada have incorporated medical assistance in dying into the job descriptions of palliative care nurses26 and are now obliging hospices to provide it as part of their end of life provision. (27)

Health economists in the US and Canada have quantified how much money the healthcare budget saves by ending lives prematurely through medically assisted dying. (28, 29)

Others are starting to conceptualise the outcomes in health utility terms, formulating reallocation of resources saved, a predicted increase in organ donations, and avoidance of “time in [a] state worse than death” into “positive quality adjusted life years” (QALYs) generated from medically assisted deaths—enabling them to conclude that “the benefits to the individual patients who choose assisted dying may in fact be outweighed by the broader benefits to society.” (30)

Demedicalisation – What happens if we challenge this profoundly medicalised perspective?

Firstly, with no reason why a standard dose of a lethal chemical should be viewed as a therapeutic drug requiring medical prescription, it becomes clear that giving people access to the means to end their life is not, in itself, a medical procedure, and there is no practical need to involve a medical professional. More fundamentally, it becomes difficult to reduce something as profoundly complex as the desire to end life to a medical problem.

All of us experience suffering in our lives, and at times we all ponder the meaning of our existence in the context of our personal histories, social relationships, and wider circumstances. Many of us have occasions when we question whether our lives are worth living, and some go as far as to consider ending life, either in a moment of desperation or after lengthy, considered deliberation. The underlying existential struggle is not fundamentally different in the presence or absence of illness or disability; nor is it determined by how long or short a remaining life is predicted to be.

Once we acknowledge this, it becomes evident that decisions about whether people should ever be assisted to end their life should not be based on societal judgments about the conditions that make a life no longer worth living. Instead, we need to start asking broader questions about how society should respond to anyone with mental capacity and a consistent desire to end their life prematurely.

These include fundamental philosophical issues, such as:

Then we have more practical questions, such as:

Medically assisted dying frames assisted death as a straightforward medical solution to a medical problem, a solution that promotes compassion and autonomy and has no ill effects for individual patients or society. However, with medical criteria for what constitutes an acceptable reason for ending life, and with doctors as the arbiters and administrators, it extends medical authority rather than enhancing patient autonomy, with deeply damaging unintended consequences. Moving outside the medical frame brings the fundamental ethical and practical dilemmas into focus, facilitating serious discussion about how society should respond to people with mental capacity and a consistent desire to end their life prematurely.

As with any issue as complex as this, there are no easy answers or simple solutions. Acknowledging this profound complexity may be the first step towards a more constructive debate.

Lucy Thomas is a consultant in public health with experience in the UK and internationally. For the past five years she has been working clinically in palliative care alongside her public health role. Working closely with patients with life limiting illnesses and their families has led her to question an initially uncritical attitude towards medically assisted dying.

This article is informed by personal and clinical experiences; in-depth conversations with patients, including over prolonged periods; her broader public health perspective; discussions with clinical and public health colleagues, including some who have provided medically assisted dying in Canada and the Netherlands; and an extensive review of the literature.

The opinions expressed in this article are solely her own, and they do not reflect the views or opinions of the organisations she works for.

Competing interests: I have read and understood BMJ policy on declaration of interests and have no interests to declare.