Convicted euthanasia advocate: ‘I was made a scapegoat’

Euthanasia is a divisive issue, but no matter what side of the debate you sit on, it’s difficult to dislike Suzy Austen.

You may remember her name, or her face. Just the other day, a stranger in the supermarket hugged her, recognising Austen as the woman who was found guilty last year of importing the euthanasia drug pentobarbitone.

Head of the Wellington branch of Exit International, a pro-euthanasia group, the 67-year-old has a lot of supporters – friends who packed out the public gallery in the High Court at Wellington for every court appearance she went through while facing a charge of helping fellow euthanasia advocate Anne-Marie Treadwell commit suicide.

Austen was found not guilty of that, though she was found guilty following a trial in February on two counts of importing pentobarbitone, the euthanasia drug that 77-year-old Treadwell overdosed on in June 2016. 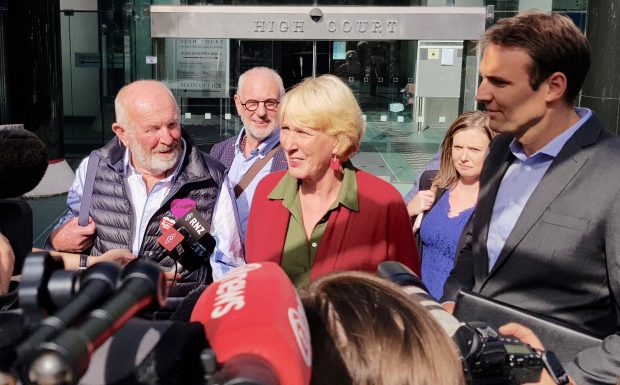 For the importation offences, Austen was convicted and fined $7500.

Sitting in her Lower Hutt home, the retired teacher said she doesn’t feel that she’s a criminal.

Warm and kind, she chats to me about gardening – she made herself a personal goal to start liking it – her artistic projects, and how she felt bad for the police officers who would have had to scour through all her Christmas decorations during a search of her home after she was caught in a car park with two bags of pentobarbitone.

We’re here to discuss something serious, but in between it all she shares dieting tips and describes how she and her husband, Mike Harris, better known as Jolly Mike, sometimes buy $1 scratchies on Christmas Eve and hand them out to strangers in hospitals.

She has spent years doing volunteer work, including work for Victim Support, Rape Crisis, 13 years at the Women’s Refuge, six years on the crisis lifeline, work for Alzheimers NZ, Habitat for Humanity, and the Ropata Village Hall.

A conviction has stopped her from travelling to the UK, but it hasn’t changed how she views herself.

“I believe I was made a scapegoat.”

Austen bases this on the fact more than 50 other people have been caught importing the drug to New Zealand in the past 10 years, but she was the first to be prosecuted.

She remains tight-lipped about the actual offending. When asked if she regrets it, Austen says only: “I never said that I imported it.” 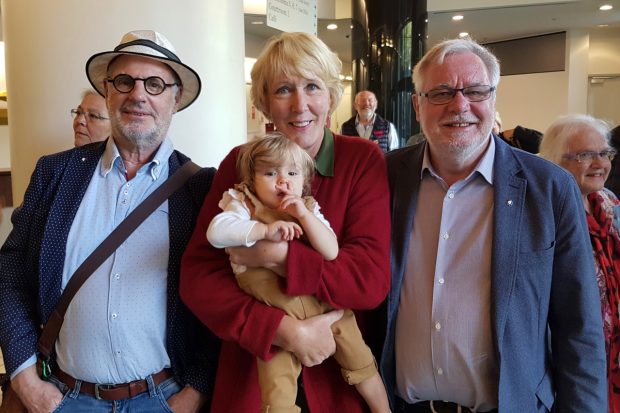 Regardless, the events which prompted the investigation and the stress of the trial haven’t changed her feelings on the issue. Austen firmly believes in the End of Life Choice Bill, which proposes a person can request medically assisted dying if they suffer from a terminal illness likely to end their life within six months or a grievous and irremediable medical condition.

They must also have significantly lost the ability to live a full life, be experiencing unbearable suffering that cannot be relieved in a tolerable way, and must have the ability to understand the nature of assisted dying, and the consequences.

Treadwell did not go through these steps before her death.

She did not have a terminal illness, though she did suffer from arthritis and had been dealing with depression for more than two decades.

During Austen’s trial, defence lawyer Dr Donald Stevens QC said Austen did not intend that Treadwell should commit suicide, “but assisted her to obtain the pentobarbital. She intended that Mrs Treadwell should have control over her end of life issue – having that [drug] could have had a profound palliative effect to reduce suffering.”

Austen told the Herald she felt “very sad” when she heard of Treadwell’s death.

“But I also knew, because she’d told many people that that’s what she’d like to do. She did not want to carry on living,” she said.

But Treadwell presumably did not meet the End of Life Choice Bill criteria – should people in her situation still have access to legal euthanasia?

Austen said she did not want to answer, “because it’s not for me to make the decision”.

She first became interested in the topic in her 30s, when her father lent her a book called Jean’s Way by Derek Humphry, about his terminally ill wife’s planned suicide.

“It just seemed so logical that when life has become unbearable for you, the pain, the suffering, then you should be able to have a choice to ask for [assisted dying].”

Austen also quit her role as a teacher in her 50s to care for her mother who moved from home to a rest home to hospital-level care over 13 years before she died.

But Austen said she doesn’t quite know why she believes in euthanasia so strongly.

“I believe that in many things that have happened in New Zealand society that it’s a natural progress. And it is progress, I believe, not a degeneration into murdering people. This is absolutely atrocious scaremongering. It’s not like that at all.”

Having the option to end their lives in a peaceful way gave people valuable peace of mind, which is often all they wanted, she said.

“They have the ability to shorten their lives and they don’t use it, because the comfort is there, and not the fear of how horrendous their dying may be.”

She said there was a clear difference between suicide and euthanasia.

Those left behind after a suicide were often traumatised and spent years trying to get past what had happened. Those whose loved ones had chosen a medically-assisted death still grieved, but were prepared and often felt peace, she said.

“Just look at the two of them and you’ll see the difference between a suicide and assisted dying.”

Life has changed somewhat for Austen since court – Exit Wellington members no longer feel safe holding meetings in her house, after police bugged the Maungaraki home and set up an illegal road stop to collect information about attendees.

“Even just for casual visits they still feel a bit nervous and ask ‘is it still bugged?”

On the flip side, Austen has become a well-known figure among euthanasia groups.

“Because of my, dare I say it, ‘notoriety’, I have been invited to go and talk to various groups . . . talking about my experience and also about what I believe in.”

Austen encourages all those who support euthanasia to contact their local MP and tell them so.

She hasn’t had any negative comments from members of the public who disagree with her – aside from one woman who called her in the middle of the night during the trial to swear at her.

For the most part, Austen is able to find a mutual respect with those against euthanasia.

“My sister does not support End of Life Choice but my relationship with her is just as wonderful. People respect me and what I believe, the same as I respect them.”

A conversation about death wouldn’t be complete without the big question: does Austen believe in a life after this one?

“No I don’t – apart from your children and your grandchildren and hopefully your garden.”

This article has been edited for length. To continue reading the pro-life response please click on the title.